Three misfits embark on a crime riddled road trip in this 1995 film which has just been released on DVD in the UK.

Amongst the violence and soft-porn there are some strange attempts at humour here. Unfortunately it doesn’t work and we are left with a somewhat incoherent film with few redeeming features.

From talking severed heads to a bizarre ambush at the end watching this was a very weird experience.

Very unique but rather unpleasant. Is the son of a notorious serial killer about to follow in his Father’s footsteps?

People are being killed in the town of Lobo’s Nod and Jasper Dent soon recognises a modus operandi. The perpetrator is mimicking his Father, the most prolific serial killer in American history, Billy Dent.

Tormented by memories of his horrific upbringing, Jasper decides to use the terrifying skills taught to him by his deranged Dad to track the killer down while also resisting the murderous urges instilled in his psyche.

This is a treat for fans of Dexter and The Silence Of The Lambs. It has echoes of both of these excellent serial killer tales while retaining its own individuality. As well as Jasper and Billy there are some fantastic supporting characters. Connie, Jasper’s feisty girlfriend is a force to be reckoned with as she attempts to keep the troubled young man on the straight and narrow. Haemophiliac best friend Howie also contributes greatly to the tale and then there’s crazy Grandma Dent to contend with.

By using the unique perspective of the main character Barry Lyga has provided a refreshing twist in what is often a tired genre and even though I did manage to guess most of the ending, that didn’t make it any less enjoyable.

In this World War II drama the D-Day mission has failed and Great Britain is under Nazi rule.
The women of a small farming community find themselves having to cope with the ruling enemy forces while the men of the village are away fighting.
The intriguing premise soon fades, leaving behind a dreary tale of forbidden attraction between one of the wives and the commanding German officer.
Even a brief appearance from the usually excellent Michael Sheen (Frost/Nixon, Unthinkable) doesn’t help raise the interest level.
A dull plodding affair with no compelling characters and a very anti-climactic ending.
Resistance is available on DVD in the UK now courtesy of Metrodome.
Ric’s Rating: Poor
4 comments:
Email ThisBlogThis!Share to TwitterShare to FacebookShare to Pinterest
Labels: drama, DVD, metrodome, michael sheen

The famous prison is now a well known tourist attraction and while visiting it a young girl sees a man asleep in one of the cells. We follow the bemused looking chap as he emerges into what is, for him, a completely new environment. He is Jack Sylvane, prisoner of The Rock back in 1963 but the interesting fact is that Sylvane has not aged.
So begins the latest tv drama from the producer of Lost, J.J Abrams. The premise is that all the inmates and guards from Alcatraz vanished upon the closure of the prison and they are now re-appearing with personal vendettas and other more sinister instructions.
This has limitless potential. Sylvane was on a mission of revenge but I can imagine many varied stories in the weeks to come.
Sam Neill (Jurassic Park) heads the cast as a former Alcatraz guard who is now in charge of a team that must find out what happened to the men and stop them from causing havoc in the present day.
This was unexpectedly enjoyable but I’m reluctant to get too carried away as I also enjoyed the first few episodes of Lost before (correctly) deciding it was a waste of time.
The pilot episode has given the Watch channel great viewing figures here in the UK so try to catch it if you can.
Ric’s rating: Highly Recommended
No comments:
Email ThisBlogThis!Share to TwitterShare to FacebookShare to Pinterest
Labels: sam neill, tv drama, TV review 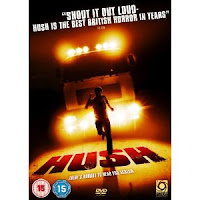 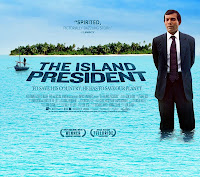 This documentary film follows the rise to power of Mohamed Nasheed, a man once sent to prison for standing against the oppressive regime of his native Maldives.
Following his success in the 2008 election President Nasheed embarks on an ambitious quest to obtain agreement from all carbon producing countries to lower their emissions. If this is not achieved Nasheed believes that the results will be catastrophic for the Maldives as rising sea levels will submerge the islands.
Complicated negotiations begin leading to the Copenhagen climate change summit of 2009 where Nasheed emerges as a force to be reckoned with despite the limited bargaining power of his country.
Stunning footage, a dark past and a desperate plight make the Maldives an interesting subject matter and Nasheed comes across well as the political firebrand who doesn’t mind getting his hands dirty and his feet wet, literally.
The Island President is an educational, entertaining and fascinating account of the man himself and the islands he represents. Catch it in UK cinemas from 30th March 2012.
Thanks to Aim Publicity and Dogwoof for the screener.
Footnote: Mohamed Nasheed resigned as president of the Maldives in February 2012 in somewhat dubious circumstances.
Ric’s Rating: Highly Recommended
3 comments:
Email ThisBlogThis!Share to TwitterShare to FacebookShare to Pinterest
Labels: advance review, aim publicity, cinema, documentary, dogwoof 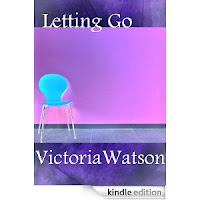 This collection of eight short stories contains the constant theme of life changing events.
Three of the stories have already been released individually and you can find my reviews of them by clicking the Victoria Watson label at the bottom of this review.
The five remaining stories are:
Bye Bye Baby
Cry Baby
John: Home Tomorrow
Maybe Baby
The Waiting Game
Two of the “Baby” stories are actually about babies, always an emotional subject matter and the others concern domestic abuse, 9/11 and a period of limbo. These are told in a touching way and there is even the odd moment of humour.
The short story format has finally found a home on e-readers but some of these are just too short, they do have impact, but it’s all over too quickly. Thankfully when you include the three titles already reviewed (I Should Have Seen It Coming, Inside and Keeping Quiet) the collection becomes an altogether much more satisfying experience.
Ric’s Rating: Good
No comments:
Email ThisBlogThis!Share to TwitterShare to FacebookShare to Pinterest
Labels: Book review, ebook, short story, victoria watson

With the rising popularity of Scandinavian crime fiction I thought it was about time I gave it a try, unfortunately it didn’t work out as planned.

A dark and brutal account of the Stockholm underworld.
Jorge knows one thing – he’s never going back inside.
Mrado knows one thing – he’s not going to kill for cash anymore.
JW knows nothing – and that’s why he’s in too deep.
Their paths are about to cross, but are they on the same side? Whether they’re uneasy conspirators or deadly rivals, they’re all looking for the fastest way to get filthy rich. They’re about to learn the hard way that there’s no such thing as easy money.
Jens Lapidus is a highly successful criminal defence lawyer. His experiences with some of the country’s most notorious criminals have made this debut novel the fastest-selling and most talked about thriller in Europe in a decade.

100 or so pages in and the relentless stream of unpronounceable people and place names became unbearable. I have no doubt that there is a cool story lurking underneath but the constant bombardment of unreadable words combined with a cast of characters that lacked appeal meant that I wasn’t able to continue reading.

The people and place names issue must be a common complaint with translated Scandinavian books, let me know your thoughts.

Easy Money already has a very successful Swedish film adaptation and there is an English language remake on the way.

Film: Out For Justice

Nowadays it’s easy to forget just how good a good Steven Seagal movie is.
This 1991 effort sees Seagal play Gino, a tough Brooklyn cop, out to avenge the murder of his partner.
From the brutal opening scene in which Richie (William Forsythe) guns down the cop in broad daylight in front of his family, you know that this is gonna be all out action.
Seagal swiftly sets about tracking down Richie and his crew and obliterates anyone in his way. The pool hall fight scene remains an all time favourite and the entire film has aged surprisingly well. Look out for The Good Wife’s Julianna Margulies as a downtrodden ex-hooker.
I caught this on tv with no intention of watching the entire thing but before I knew it, it was all over. Seagal’s character is a brilliantly clichéd action hero, the tough guy with a heart of gold which is perfectly shown in the cool puppy rescue scene and the subsequent encounter with the greaseball who threw it out a moving car.
With the odd exception, they just don’t make them like this anymore.
Ric’s Rating: Highly Recommended
6 comments:
Email ThisBlogThis!Share to TwitterShare to FacebookShare to Pinterest
Labels: highly recommended, retrospective, steven seagal, tv movie
Newer Posts Older Posts Home
Subscribe to: Posts (Atom)