Book: The Apostle by J.A Kerley 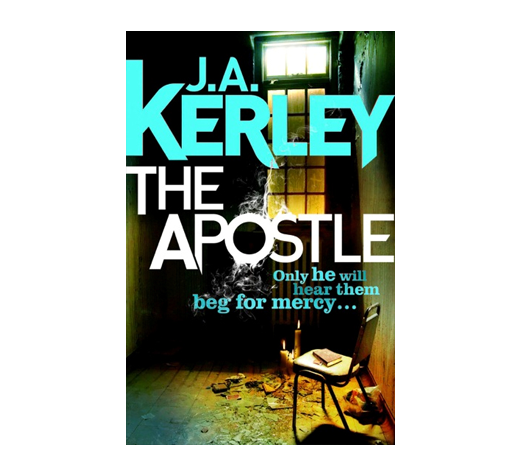 Strange religious murders and an ailing Preacher are the focus of the latest Carson Ryder novel which sees the welcome return of his old partner, Harry Nautilis.

Newly retired Nautilis is employed as a driver / bodyguard by an up-and-coming tv preacher who is soon summoned to stand in for the sickly veteran. This takes Harry to Miami where he soon teams up with his old buddy Ryder as they compare notes and attempt to solve the latest series of grisly murders.

Jack Kerley took a chance when he decided to relocate his novel series from Alabama to Miami. Uprooting the main character and surrounding him with new faces was a test for even the most loyal fan.

For the most part it has worked as the Miami novels have been fresh but the absence of Nautilis has been noticeable and his re-introduction brings a much needed grounding to the Ryder series v.2. The promotion of Carson’s enigmatic brother Jeremy to a regular character is also welcome.

12 books in and these books remain as intriguing and entertaining as ever but I wouldn’t recommend The Apostle as either a starting point or a stand alone novel. Start right back to the beginning with The Hundredth Man or join the Miami series with The Death Box to get the most from The Apostle.

Visit www.jackkerley.com for more information on the author and his books.