Ray Breslin (Sylvester Stallone) escapes from maximum security prisons for a living. Hired by the government he uses his expertise to test the robustness of the security procedures.

When the CIA come calling with an unusual offer Ray accepts the chance to test a secretive prison known as The Tomb. The Tomb houses the type of individual that has been deemed no longer welcome in society but can’t be dealt with through the normal legal process.

Once in The Tomb, Ray enlists the help of fellow inmate Rottmayer (Arnold Shwarzzeneger) in his attempt to escape and the duo must fend off the attentions of sadistic warden Hobbs (Jim Caveizel) and violent guard Drake (Vinnie Jones) as they put the plan into action.

I didn’t expect too much of this one going in but the draw of Rambo teaming up with The Terminator was too much to ignore and much to my surprise this isn’t the corny one- liner, tongue-in-cheek affair I was expecting.

Escape Plan is a serious, and often brutal, film that keeps the quips to a minimum. Sly and Arnie have great on-screen chemistry and bad guys Jones and Caveizel approach their roles with all the gusto required.

The two main stars may be approaching 70 years of age but this proves that they can still make the type of film that pretenders to their thrones such as Vin Diesel and Dwayne “The Rock” Johnson often struggle to achieve.

Professional wrestling was at its most popular in the late 1990s and early to mid 2000s. During that time two rival companies (WCW and WWF) were competing for the biggest audience share.

This rivalry spawned the “attitude” era, a time when the WWF wisely chose to aim their product not at children but at 18-30 year old males. The resulting edgier content was a resounding success, leading to the eventual demise of WCW.

During this era many popular wrestlers emerged, “Stone Cold” Steve Austin and The Rock (Dwayne Johnson) became household names while old pros like The Undertaker and Ric Flair enjoyed continued spells in the limelight. Amongst the mid-card wrestlers was Bob Holly, a guy who had toiled for years in the business after being saddled with the gimmick of being a wrestling race car driver. The more adult orientated programming gave Holly an opportunity to showcase his genuine toughness and Hardcore Holly was born. This was a tough guy in the anti-hero mould of Jake “The Snake” Roberts but with the believability that he could legitimately beat-up most other wrestlers. This is his story.

In general I’m not a big fan of (auto) biographies, I usually find that no matter how interesting a person is I quickly tire of their tales of high school woe and childhood. Holly is an exception. I was a fan of his during the attitude era of wrestling and this continued until his departure form the top company in 2008. I even got to see him once when he appeared in Glasgow so I was keen to hear what he had to say.

The man (just like his wrestling persona) pulls no punches. Names are named. Jerry Jarrett (Jeff Jarrett’s Dad), Triple H, Shawn Michaels and Scott Hall (to name but a few) are exposed here as Holly provides details of their questionable behaviour. He also covers wrestling’s most controversial subjects like the Bret Hart screw job, Owen Hart’s death and the Chris Benoit murder / suicide.

Holly could not have addressed these subjects (and others) in the frank manner that he does if this had been endorsed by WWE (World Wrestling Entertainment) and the book is all the better for it. Between these issues is the tale of a man giving his all to the business only to be thwarted every time the chance of real success came along.

At times The Hardcore Truth can be a bit of a wistful lament but Holly’s no-nonsense insight into the most successful and controversial period in the history of professional makes interesting reading for anyone who was a fan at the time.

One of the Fathers (Hugh Jackman) decides that when the Police release the main suspect in the case he will take matters into his own hands.

What follows is a disturbing tale of the lengths a Father will go to to protect his little girl.

Meanwhile cop Jake Gyllenhall (Donnie Darko) is also attempting to find the girls.
The two men clash over the case but they have the same objective. Who will get to the bottom of it and where are the girls?

At a lengthy 2hrs 30mins Prisoners is a slow burner in the mould of the Jack Nicholson child abduction thriller The Pledge and it’s just as intriguing. The clues are there for a keen viewer to spot (I did) but even then there are one or two unexpected twists.

Often uncomfortable but always compelling Prisoners is up there with Gone Baby Gone in this particular genre. Catch it in cinemas now. 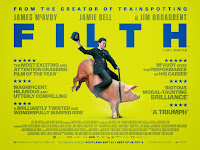