have faith in the straight to DVD market.

Avatar's Joel David Moore is dazzling in his portrayal of Mason, a shy, troubled man who's only friend happens to be his call centre boss Chuck (Zachary Levi).

Chuck constantly tries to bring Mason out of his shell but he prefers to paint and listen to jazz over truly interacting with other people until a chance encounter with a co-worker (Amber Tamblyn) brightens up his life.

The two become friends as Mason sketches Amber and persuades her to pose for him. She doesn't know the troubles that lurk in his mind.

All violence is implied here, there is none on screen, this helps crank up the tension as the cracks in Mason's psyche begin to show.

Excellent performances all round and a few unpredictable twists make this an excellent little known film. Seek it out, you won't regret it.

Sometimes I get the feeling that I'm watching something different from everyone else...
Every review I have read heaps praise on this British horror film, I'm not going to.

There is a moment in this film where we get to see monsters in hoodies and I'm afraid it's all downhill from there. Reminded me of the moment in Jeepers Creepers where the bad guy sprouted wings, I just couldn't take it seriously from then on in.

It had a promising start too as we join a young man living with a "strawberry" birth mark, constantly hiding his face behind his hood. He lives with his Mum and starts to see an increase in violence all around.
Unfortunately it becomes a jumble of mental illness and supposed Demons on the loose and I found myself reaching for the fast forward button just to get to the limp conclusion.

The latest edition of DVD & Blu Ray Review is in the shops now (if you're in the UK) in which you will find my brief review of 70's TV show 4 Idle Hands as well as top quality reviews of all the latest releases.
4 comments:
Email ThisBlogThis!Share to TwitterShare to FacebookShare to Pinterest
Labels: magazine, published reviews 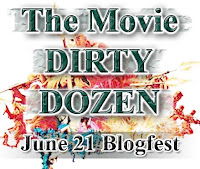 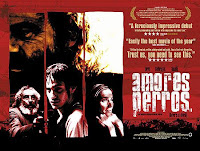 The Shawshank Redemption - Emotionally charged prison movie that finds us rooting for Tim Robbins even if he might be guilty.
Terrific performances all round and a captivating story with wonderful characters make this a must - see.
There you have it, 12 all time greats. I couldn't include so many films that it has made me consider doing a regular Ric Recommends post featuring some of the near misses. All movies listed are highly recommended and would score Ric's Ratings of above 90 %
15 comments:
Email ThisBlogThis!Share to TwitterShare to FacebookShare to Pinterest
Labels: all time greats, blogfest, list, movie dirty dozen

For some reason I assumed that this was a comedy aimed at teenagers,
fortunately I was wrong.

Three middle aged men (and a nephew of one of them) find themselves transported back in time to their hayday of 1986.

Full of crude gags this won't be everyone's cup of tea but I thoroughly enjoyed it from start to finish.

The cast look like they are having a great time and John Cusack delivers his best performance since Grosse Point Blank as the guys try their best to re-enact the events of the time in order to keep their future intact.

If your looking for some light hearted entertainment, your over the age of 30, are nostalgic about the 80's and you have an open mind you won't be disappointed. 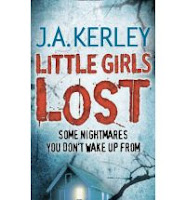 be the fourth but its release was postponed due to it's similarity to real life events at the time. Fans of the series will notice hastily edited details, like a very brief mention of Carson's dog, Mr Mix Up, who first appeared in the previous book, In The Blood (see review elsewhere here).

Young Black girls are being abducted and Carson must investigate the case without his partner Harry Nautilus who is in hospital, the victim of a vicious late night mugging.

Enter The Gumbo King, Conner Sandhill, a former cop who is called in as a consultant and teams up with Carson to examine the case and hopefully make connections that others have missed.

While the pair investigate the abductions Ryder looks into Sandhill's reasons for leaving the force and opens up a whole new can of worms.

This is the best in the series so far, Sandhill is an excellent addition and I didn't even mind that Jeremy (Ryder's psychotic Brother) didn't appear.

It features a host of excellent characters: Squill the weasely police chief and his sidekicks, The Desmond Brothers and Mr Mattoon all spring to mind each bringing their own vitally important presence to the story.

Ryder takes a bit of a co-starring role in this one (it's the first he doesn't narrate) as it's Sandhill's show this time around, I just hope he features again or even gets his own spin off series.

Tension, terror, unpredictable twists and turns a plenty. What more could you ask for.

In another first for myself and the blog, author Craig Dilouie has been kind / courageous enough to send me a copy of his new book to review.

It's a Zombie apocalypse story told from the perspective of the soldiers fighting to save their dying country.