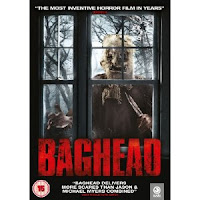 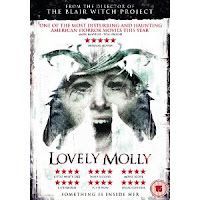 Molly (Gretchen Lodge) and Tim (Johnny Lewis) decide to move into the long-time vacant house where Molly grew up, unaware that this would bring back forgotten memories of traumatic events.

Former drug user Molly begins to experience some strange feelings in the house and she is particularly vulnerable while Tim is away working. As her behaviour becomes more and more erratic she finds herself in trouble at work and begins to seek solace in the drugs she battled to quit.

Gretchen Lodge delivers a fantastic performance as the woman attempting to forget past demons but struggling to stay on an even keel. If only they hadn’t bothered with the “spooky” element this would have been so much better.

Lovely Molly is available on in the from . 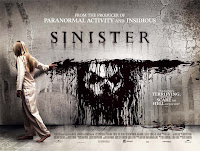 A scientific research team finds a body buried deep in the Antarctic ice and it dates back an incredible 40,000 years.

When Dr Lynn Edwards reports the find to the authorities she is stunned by the rapid reaction and then narrowly escapes death as secretive figures attempt to silence her. In her hour of need she turns to her ex-husband Matt “Free Bear” Adams, himself a former soldier, and soon the duo are off on an adventure that spans the globe and leads to an amazing discovery.

Dispatched by the power-hungry Stephen Jacobs, the feared Alpha Brigade soon pursue Edwards and Adams through fascinating locations such as Area 51 and the Nazca lines leading to the final confrontation at in Geneva.

As a straight forward tale of pursuit this works very well and the information and theories regarding the Nazca lines and Area 51 seem entirely plausible. The main characters are likeable and you almost want to boo and hiss when the villains appear.

Unfortunately the theories regarding Atlantis are a stretch of the imagination too far and the whole thing begins to feel like a game of “spot the legend” as we move towards a groan inducing ending.

Origin is JT Brannan’s debut and although it has faults it remains a fast-paced fun read that will appeal to fans of Dan Brown, Matthew Reilly and Andy McDermott.

Origin is published by Headline and will be available in the UK from 25th October 2012.