A successful orchestra conductor is shattered when his girlfriend leaves him for no apparent reason after moving into a new house.

Time moves on and he finds a new lover but she doesn’t like being left in the house alone as she is convinced she can hear strange noises.

This superior Columbian drama tells its story by way of two different time-lines. We begin with the new relationship but soon go back to previous events with the original partner, leading to a brilliant finale that cleverly joins both stories.

Every so often a film comes along that greatly exceeds expectations. Hidden Face is such a film.

I knew little of it prior to watching it but I was expecting a ho-hum ghost story. Little did I know I was about to be treated to the best foreign language film I have seen in a long time, and thankfully there isn’t a ghost in sight.

Original, imaginative and totally compelling with great performances from the three main characters, Hidden Face is the type of film that I implore people to see.

If you have any reservations about subtitled movies try this and you’ll never look back.

Hidden Face is available on in the now.

A ruling Chinese dynasty is overthrown and all family members are slain but unbeknown to the new tyrant a newborn baby boy is smuggled to safety.

The young heir is raised by a man who sacrificed his own son to save him and soon begins to learn the ways of a warrior. Eventually he will attempt to reclaim his kingdom.

This Chinese historical epic has some fantastic battle scenes, especially the opening one, but they are too few and far between to maintain the excitement.

The youngster also seems to remain a baby for far too long and there are endless flashbacks to the events leading to his escape.

Sacrifice looks fantastic but it’s aimed so much at the Chinese market that it lacks broad appeal, although fans of Crouching Tiger Hidden Dragon and House Of Flying Daggers may enjoy.

Sacrifice is available on in the now.

Following the events of the first film we catch up with Mike Jacobs (Nick Nevern) and his newly pregnant girlfriend (Rita Ramnani) living the good life in Spain under the supervision of the witness protection program.

Things are going so well at their Bar that Mike decides to take a night off and go to a football match. Unfortunately he is soon spotted by someone from the past and the consequences are swift and brutal.

Mike must raise 2 million pounds to save himself and his family. Along the way he bumps into his old friend Eddie (Simon Philips) and the pair soon hatch a plan that just might work.

There is hardly any football violence here so don't go into it expecting anything akin to Green Street. This a smart crime / revenge thriller that even manages to throw in some touches of humour and an informative recap means you don't have to have seen the first film to enjoy this one.

Writer Director Paul Tanter remains loyal to many actors from his previous films (The Fall Of The Essex Boys, Jack Falls) and this pays off as the on screen chemistry between them all helps elevate this above the standard London geezer type film.

White Collar Hooligan 2 : England Away is another reason why we shouldn't all rush to see the latest Hollywood dross featuring a "big star". Available on DVD now.

For more reviews and an interview with the man himself click the Nick Nevern label.

The Descent meets Outpost as a team of explorers are trapped in an abandoned mine.

Unused since World War II the mine reportedly contains a vast amount of lost gold but it also harbours some very strange inhabitants.

Looking like a cross between Gollum and The Walking Dead the bad guys finally appear after almost 45 minutes. The surprisingly strong and agile underground dwellers are actually prisoners of war who have been experimented on.

Then their captors also appear!

Led by an unintentionally hilarious (and weirdly preserved) Japanese soldier who thinks the war is still going on these guys soon join in the game of hunting down our intrepid team.

Dead Mine does provide a few laughs and turns out to be quite good fun in the end, although I suspect my reaction to it isn’t the intended one.

An army detective hunts for a serial killer who easily hides during the carnage of World War II.

This Spanish film is set within a team of soldiers who are sent to help Germany fight against the Russian army.

It opens with a beautifully shot scene showing a frozen wasteland littered with the remains of both humans and horses. It is among these bodies that the first victim is found.

This wisely doesn’t get too bogged down in the politics of its setting and I wouldn’t consider this a war film as such. It is a detective drama set amongst war.

Unfortunately the initial promise isn’t built on and the investigation becomes somewhat stale. Maybe a few more war type battle scenes would have livened things up!

Frozen Silence looks fantastic but the story doesn’t match up to the cinematography. It’s available on DVD in the UK now.

Taking its cue from Scandinavian dramas The Killing and The Bridge (see review elsewhere here) this superior British drama had the whole nation talking during its TV run. Such was the furore that bookmakers were taking bets and national newspapers ran extensive features.

It follows the investigation into the murder of a young boy found dead on the beach of the picturesque town of the title.

Local policewoman Ellie Miller (Olivia Colman) expects to be put in charge of the investigation but her superiors decide to bring in an outsider. Enter David Tennant (Dr Who, Fright Night) as the baggage-laden Detective Inspector Alec Hardy.

Hardy and Miller follow the evidence through a town filled with eclectic and multi-layered characters. Everyone seems to have at least one skeleton lurking in their cupboard and the murder enquiry uncovers them all.

There are secret affairs, previous offences and unlikely friendships which soon emerge and help or hinder the hunt for the culprit.

The entire cast are fantastic with Colman and Tennant quite simply stunning in their portrayal of two completely different police officers working towards the same goal. I did manage to guess the killer quite early on but that didn’t detract from the totally compelling story as it unfolds.

This 3 disc set contains all 8 episodes of this captivating police procedural drama which hopefully heralds a new era in British television.

Broadchurch is available on in the from .

Throughout the 1990s Bret "Hitman" Hart was one of the biggest names in professional wrestling. This 3 disc set charts his career and highlights a clutch of lesser known matches hand-picked by the man himself.

We kick off with a brief introduction from Hart and quickly settle into a series of matches featuring a veritable who's who of professional wrestling, all thoughtfully described by The Hitman.

This set serves as a fine tribute to one of the biggest stars of the golden era of wrestling but the glaring omission of Hart's acrimonious departure from WWE and the in-ring death of Owen Hart mean that it isn't the frank exploration of his career it could have been.

Bret "Hitman" Hart : The Dungeon Collection is available on DVD in the UK from 13th May 2013.

In a remote medical facility in the English countryside a group of volunteers agree to try out the latest innovative drug, the mysterious Pro 9.

One by one they are administered the drug but soon afterwards some of their number experience intense pain which then manifests itself in increasingly bizarre and violent behaviour.

Featuring a largely little known cast, this UK horror/thriller has some wonderfully intense moments but doesn't quite manage to maintain the tense atmosphere throughout.

One big plus is that this isn't a zombie film in disguise, the affected patients retain their humanity while becoming increasingly dangerous and the audience is kept guessing as to who is going to be affected and who has taken a placebo.

The facility is available on DVD in the UK now. 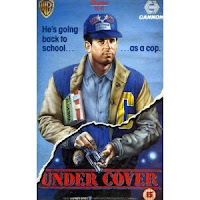 Film: Come Out And Play

A newlywed American couple visit a remote Mexican island but soon realise that something isn’t quite right.

There seems to be hardly any people on the island and almost all of the ones they see are children. It turns out that the island’s children have succumb to some sort of madness which makes them attack adults, with deadly results.

Our couple are soon fleeing for their lives from the nasty and violent gang.

What’s worse than a scary kid film? A film with a whole bunch of scary kids.

At times this is really unintentionally funny as the little boys and girls attempt to look menacing. There are some shocking scenes of violence but that’s mostly when the hero decides to fight back, overall this is just silly.