Just a quick reminder that the fantastic Blood Tears by Michael J Malone is available now.

Here is a taster:

A body is discovered: the terrible mutilations spell out the wounds of the stigmata. For Glasgow DI Ray McBain the killings are strangely familiar.....and then the dreams begin.

And here is a quote from my review:

"features the controversial issue of child abuse within the Catholic Church but skilfully manages to avoid over-burdening the reader with a sense of gloom.........entertaining throughout and my home city is thankfully represented positively."

Click on the Michael Malone tab at the bottom of this post to read the full review and check out the author's blog, May Contain Nuts, via the link in the "visit these places" section on this page for details of the launch and loads of other cool stuff.

Book: Commitment and other tales of madness by Glen R Krisch

A collection of six short stories with the connecting theme of madness.

So Close To Home – A zombie story with a cool twist.

Wielder – A planned murder becomes something much worse.

Glen Krisch has managed to bring together crime, science fiction and horror in this cool collection that adds to the short story revival currently championed by the kindle. The format may not suit everyone but tales like these are brilliant for a quick fix of fiction during a lunch break or commute.

As with all short stories sometimes they feel just too short but they do have impact and often leave you wanting more. 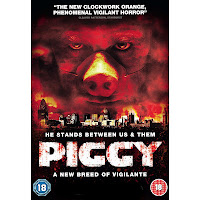 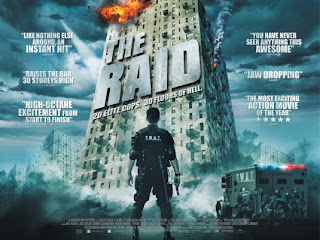 Following the death of their school basketball coach the team members re-unite for a break in the country, but lots has changed since they were kids. Families in tow the group take on various endeavours and even run into their old rivals.

Adam Sandler heads the cast which is a veritable who’s who of comedy. Kevin James, Chris Rock, Rob Schneider and David Spade are the other team members.

The humour here is all slapstick and there are loads of laugh-out-loud moments, like when the portly Kevin James attempts to climb out a garden swimming pool. Steve Buscemi also pops up and has a show stealing moment when he takes on a tricky stunt.

Cheesy as hell but great fun, Grown Ups combines laughs with a coming of age tale of friendship and the importance of taking time out from a hectic lifestyle. 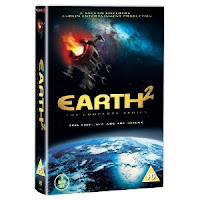 When Ronnie Valentine (Vince Vaughn) spots his best friend’s wife with another man he faces an awkward social quandary. Does he tell his friend (Kevin James) about it or wait until after their important business deal?

With Ron Howard (Cocoon, Happy Days) directing this was never going to be a slapstick comedy. It’s more of a humorous take on a very uncomfortable situation and as usual Howard found a part for his oddball brother Clint, who was the child star of Gentle Ben.

’s rapid dialogue delivery is always amusing and there are some very funny scenes, most of them involving Channing Tatum in his show stealing performance as “Zip”.

If you’re expecting Wedding Crashers or Dodgeball than give this a miss but if you fancy a more thoughtful comedy with a top level cast, check it out.

Rest Stop – A woman escaping her abusive husband takes a well earned break. Can things get any worse? You bet they can.

The Other Side – The perils of internet dating, with a twist

The Bone Yard – Just what is that dog digging up?

Electronic reading devices have given new life to the short story and with collections like this available it’s easy to see why they are finding a market. They make ideal lunch time or commute reading, only trouble is
sometimes they are just too short.

Malmborg is one of the gutsiest writers around and he’s fast becoming one of my favourite authors.

Head over to www.williammalmborg.com for more information on his work and lots of other cool stuff.

This stunning graphic novel follows four lions on a desperate journey for survival in during the 2003 invasion.

The pride (along with countless other animals) escape zoo and roam the streets. Confused and hungry they encounter many hazardous situations.

Striking artwork and characters each with their individual take on events make this a compelling and poignant tale.

Based on real events this story is a moving alternative look at the effect human conflict has on the creatures that share our space.

This is the first graphic novel I’ve read in a long time and it has worked well as a re-introduction to an often misunderstood genre. If you think a book with pictures is beneath you then give this a try, you may be pleasantly surprised.

Jim, Stifler and the gang are back for their high school reunion but are they still funny?

That question is answered immediately with a resounding yes when we see Jim (Jason Biggs) and Michelle (Alyson Hannigan) attempt to relieve the daily stress of being parents to a toddler.  Let’s just say it doesn’t go smoothly.

The entire cast from the original movie appears and stealing the show once again is Eugene Levy as Jim’s Dad who even gets in on the action this time.

There are just as many sexual misadventures and they are perhaps even funnier than the original as the characters are now all adults and should know better.

Fans of the original films will absolutely love it.

Iron Man, Thor, The Hulk and Captain America team up in an effort to save planet Earth from the threat imposed by Thor’s evil brother, Loki.

Each of the main characters involved has had their own movie(s) leading us to this first combined effort and my oh my it was worth the wait. Also in the team are Black Widow and Hawkeye who have featured in the previous films, albeit very briefly in the case of Hawkeye (Jeremy Renner).

The story has Loki (Tom Hiddleston) opening a space portal through which an army of hideous space creatures can emerge to wreak havoc on Earth but the real compelling feature here is the heroes putting aside their differences to work together against a formidable foe.

The entire cast are fantastic with Robert Downey Jr (Iron Man) just about edging it from Hiddleston’s turn as the villain in the performance department. Everyone looks like they are having a great time and all the characters get sufficient screen time to display their abilities.

There are many highlights in this film but look out for the cool fight between Iron Man and Thor and the stirring moment when Captain America, while issuing orders, turns to the big green guy and simply says “Hulk...smash!”

Spectacular, exciting, smart, emotional and surprisingly funny, Avengers Assemble is everything a blockbuster should be.