Over the past year I haven’t caught as many movies as I would have liked but there were still some gems amongst the ones I did get round to.

Instead of a traditional top ten list I’ll use this end of year post to point out some of the highlights of the past 12 months.

These are in no particular order and weren’t necessarily released in 2012.

Avengers Assemble – The first film to feature Marvel heroes Captain , The Hulk, Iron Man and Thor turned out even better than anyone dared to hope. Bring on the sequel!

The Grey – Liam Neeson leads a group of plane crash survivors through the wilderness but they encounter a pack of hungry wolves. Manages to be exciting and thought-provoking with great turns from Neeson and Frank Grillo.

The Angels Share – A Scottish comedy drama about a group of offenders attempting to steal a very rare and valuable whisky. After a bleak start this becomes a hilarious tale of misadventure.

Stay Cool – A successful author returns to his own high school to give a speech to students. Marketed as a romantic comedy this funny and often poignant film is much more than it appears to be as the thirtysomething finds himself back in situations he first experienced as a teenager.

Dredd – Karl Urban delivers a true representation of the comic book judge / jury / executioner as Dredd must take on a feared drug dealer while training a rookie Judge. Mega-violent and fast paced this will please fans of hardcore action films.

End Of Watch – Two cops find themselves with a price on their heads in this top notch action thriller.

American Pie: – Jim, Stifler and the gang are as funny as ever in this cast get-together that must spawn further films. Far better than expected.

Rise Of The Guardians – A brilliantly animated film that breathes life into the legends of Santa, The Easter Bunny, The Tooth Fairy, The Sandman and the unlikely hero Jack Frost as they take on the evil Pitch Black.

You can use the search facility to find my full reviews of all of the above.

Ric Recommends: Rise of the Guardians


Check out the trailer for the fantastic Rise Of The Guardians and see my full review below.

Film: Rise Of The Guardians 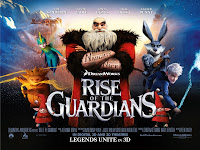 When The Boogeyman (aka Pitch Black) threatens to turn the dreams of children into nightmares it’s up to The Guardians to stop him.

The Guardians are a sword-wielding tattooed Santa Claus, a six-foot Easter Bunny, a silent Sandman and a spirited Tooth Fairy but for this task they need an addition to their group. Enter the mischievous Jack Frost.

Surprisingly the main character here is Jack Frost (Chris Pine), a troubled figure who has no idea of his purpose and no memory of the life he had before being selected by the Moon to become the folklore he now is. Pitch Black sees that Jack has more in common with him than the others and attempts to recruit him in his quest to dominate the minds of children.

Will Jack turn to the dark side or find his purpose and become a hero?

This is without doubt the best animated film I have seen since Toy Story. It looks absolutely beautiful and the characters are fantastic. It also contains the right amount of menace to keep the adults entertained without scaring off the youngsters.

Rise Of The Guardians is a wonderful, magical film that presents much-loved characters in a cool new way.

An absolute must-see for the festive season. 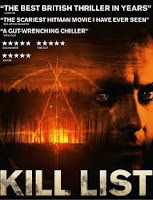 After a slow start this 2011 tale of two hitmen really kicks off and there is more going on than meets the eye.

Jay (Neil Maskell) is troubled by past events and the current “kill list” that him and Gal (Michael Smiley) are working on only makes his mental state all the more fragile.

As the duo encounter and eliminate some despicable individuals it leads them to encounter a strange cult who may have been watching them for some time.

This could have been fantastic, Maskell and Smiley are brilliant as the violent assassins who also display their human side.

Unfortunately it all descends into a Wicker Man rip-off which was totally unnecessary spoiling what has gone before.

Writer / Director Ben Wheatley has a film in UK cinemas at the moment (Sightseers) which looks interesting.

Lets hope he doesn’t go down a similar road.

This is the story of the operation leading to the capture and killing of Osama Bin Laden.

The story moves along quickly enough and covers the political side of things too but the video game view often used when the soldiers are training or on assignment is quickly headache inducing.

The films strength is the use of the soldier’s family lives to present a more rounded picture of the people involved. This helps elevate the whole thing from standard direct to DVD fare to something which justifies its limited UK cinema release.

Code Name: Geronimo is available on DVD & Blu-ray in the UK from 24th December 2012.

Trevor Schmidt, author of the cool sci-fi thriller Memory Leak, returns to the genre with this short story which follows a team of futuristic soldiers in their pursuit of a notorious terrorist.

The year is 2054 and Sgt Logan Martel and his team are closing in on their man. The team must use all of the advanced technology available to them, including robotic birds, to survive the onslaught of machine-gun fire coming from insurgents.

This quick easy read is a cautionary tale regarding the development of future technology and is ideal lunch-break or commute reading that will appeal to fans of the Terminator movies.

Click on the Trevor Schmidt tab below for my review of Memory Leak.

The latest offering from William Malmborg (Jimmy, Text Message) tells the tale of Kimberly, a young woman who is subjected to a sustained campaign of harassment by the mysterious Nikki.

Help may be at hand in the form of Kimberly’s new neighbour, the reclusive and idiosyncratic Bill. Bill is a writer who has recently found some success but his past money-making ventures may have some part to play in the increasingly worrying situation which Kimberly finds herself in.

This story takes the reader on a journey into the mind of a delusional and sexually misguided individual who attempts to exact revenge on those believed responsible for their own depressing situation.

Nikki’s Secret isn’t up there with the brilliant Jimmy (see review elsewhere here) but it’s another entertaining read from a very promising author. The little pieces of black humour are perfectly placed amongst the tension and one particularly gory scene is lightened hugely by the skin-crawlingly funny description of the impractical nature of disposing of a body.

For more information visit www.williammalmborg.com and you can click on the tab below for my reviews of the author’s other books.

Film: Nativity 2: Danger In The Manger 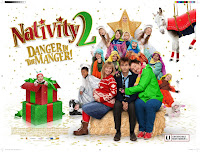 With Martin Freeman away being Bilbo Baggins it’s up to new teacher David Tennant (Fright Night) to take over the unruly schoolchildren of St Bernadette’s and lead them to , where they will compete in the TV competition A Song For Christmas.

Marc Wootton returns as the zany Mr Poppy, as does the majority of the original cast, including most of the children. Tennant, while adequate in his dual roles, is never as likable as Freeman was and his dysfunctional family storyline fails to engage.

This is ok for kids but lacks the charm of the original making it a rather mundane affair.

Nativity 2: Danger In The Manger is in cinemas now.