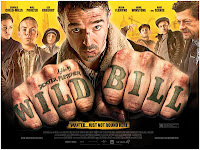 Book: The Necessary Death Of Lewis Winter by Malcolm MacKay

In the first part of a planned trilogy we meet gunman for hire Calum MacLean who is asked by shady underworld figures to eliminate an up-and-coming drug dealer before he becomes more powerful.

The interesting thing is that the intended victim, Lewis Winter, has only manoeuvred himself into this position to appease his money-hungry young girlfriend, Zara.

Winter becomes quite the pitiful character and you soon begin to hope that he’ll escape his fate.

Will Calum execute Winter? What will the consequences be for those involved?

This is the second book in a row I have read that has been set in (my home city) and it’s another cracker. All the characters have many layers. There are big-time villains, corrupt cops, innocents caught up in events and a scheming temptress. All of whom add to the tale.

By cleverly avoiding dwelling on the harrowing cases that the police officers deal with and concentrating more on their own lives and relationships Polisse is a more entertaining experience than I expected.

The team often socialise together, especially after resolving difficult cases, and this leads to relationships forming. There are marriage break-ups, custody issues, mental illness and rivalry to deal with.

The cases on show are based on real-life incidents and many of them are too despicable to mention but they do include rape, paedophilia, child slavery and suicide.

French cinema often has the guts to tackle things head-on, Irreversible springs to mind, it has also given us my all-time favourite film, Brotherhood Of The Wolf.

This isn’t quite up there with those two but it’s a satisfying, if often uncomfortable, viewing experience that will appeal to fans of hard-hitting drama.

Polisse is available on in the now.

The popular stage musical takes to the big screen in this lavish adaptation.

Hugh Jackman (Wolverine, Swordfish) is Jean Valjean, a former convict who has become a successful businessman while keeping his true identity a secret.

Russell Crowe (Gladiator, Cinderella Man) is the single-minded policeman, Javert, who tracks Valjean for years in an attempt to see him return to prison.

This is the main theme of the film but along the way Valjean encounters many other characters including Fantine (Anne Hathaway), her daughter Cosette, the wily Innkeepers (Sasha Baron Cohen & Helena Bonham-Carter) and young revolutionary Marius.

The tale of Valjean and Javert is set during the French Revolution but I found this element of the story slightly lacklustre and distracting. I didn’t feel as much for the characters presented during that segment of the film and I was eager for the Crowe / Jackman rivalry to resume.

Although I have never seen the stage show some of the songs were familiar. I Dreamed A Dream (famously sung by Susan Boyle) is beautifully performed by Anne Hathaway and Jackman delivers a powerful version of Bring Him Home. Even Russell Crowe can hold a tune, and what he lacks in singing prowess he more than makes up for in sheer on-screen presence.

This won’t appeal to everyone but it’s a passionate and emotional tale which features some amazing performances. If Anne Hathaway doesn’t pick up the Best Supporting Actress Oscar it’ll be a travesty.

Anyone keen to experience a different type of night at the cinema should check it out.

insurance investigator Craig Campbell usually spends his working hours confirming the validity of claims regarding personal injury or property damage but his career takes an interesting turn when a grieving Mother asks him to look into the circumstances of her son’s death.

Rory Kilpatrick was a teetotal, focused and talented young man who turned up dead on a railway line after apparently falling over drunk.

soon discovers that there is more to the case than meets the eye and finds that this type of investigative work isn’t altogether different from his usual activities.

There is a comfortable flow to the story, helped greatly by the author’s obvious affection for the city of . Being a native myself I was immediately immersed in this curious investigation which takes place in some very familiar locations.

Familiar and comfortable as the writing and location may be, make no mistake as to the serious nature of this novel. Things turn nasty when some unsavoury characters learn of Campbell’s investigation and he soon finds himself (and others around him) caught up in a very dangerous situation.

is presented as a very likeable chap who almost jumps off the page when describing mundane tasks such as his weekly shopping trip and various household chores. The supporting characters are great too. There are too many to mention here but each one, whether good guy or villain, add their own unique qualities to the story.

In this self-published début Sinclair MacLeod has woven a cool tale of corruption and murder around some fine characters and a brilliant (ok, I’m biased) setting, making this an absolute must for any fan of the current crop of tartan-noir authors (Rankin, MacBride, Brookmyre) and a top recommendation for all crime fiction readers.

For more information on the author and his work, including more Reluctant Detective mysteries, check out www.reluctantdetective.com

A former Army sniper is accused of killing 5 people but despite the overwhelming evidence he does not confess. Instead he simply asks the cops to “Get Jack Reacher”.

Enter Tom Cruise as the ex military cop now drifter from the novels of author Lee Child. In the novels Reacher is a world-weary 6 foot 5 man-mountain, so the casting of Tom Cruise, who still looks pretty much like Maverick from Top Gun, was met by scoff and scorn from many fans of the books, including me. Does he “nail it” as the recent posters proclaim? Read on...

Reacher is soon convinced to help the defence attorney (Rosamund Pike) investigate the evidence and inevitably there is much more going on than meets the eye.

With Reacher’s previous knowledge of the accused he quickly focuses on the mechanics of the sniping “mission” and concludes that it’s a set-up. A trail of corruption and cover-ups is then followed leading to a confrontation with some suitably nasty Eastern Europeans.

The choice of making the 9th book in the series the first film adaptation is a curious one, I don’t remember it being a particularly exciting book but the interesting thing is, it does make a good film. The script is sharp and witty and there is plenty of tension, throw in enough action to keep fans happy and you have a surprisingly cool film.

So, does Cruise nail it as a man I imagine as a cross between Dolph Lundgren and Liam Neeson?
Considering that no film is ever gonna be a match for your imagination I have to say that, almost unbelievably, yes he does.

Just as Wade Porter (Stephen Dorff) is about to expand his building business, his life turns upside-down. In his attempts to stop a burglar he accidentally kills the thief and ends up serving time in a very violent prison.

Prison is always a very dramatic setting. It has given us many classics such as The Shawshank Redemption, The Green Mile and tv series Prison Break. Surprisingly, you can count this among them.

Porter soon finds himself embroiled in the complicated world of gangs, violence and corruption within the prison walls while his fiancée (Mirisol Nichols) struggles to bring up their son and pay the bills on the outside.

Porter also finds himself subject to the attentions of Lt Jackson (Harold Perrineau, recently seen in Sons Of Anarchy), a corrupt and sadistic guard.

Perrineau steals the show as the vile Jackson but we also see his softer side as he struggles with a recent divorce while still looking after his son.

Val Kilmer (Top Gun, Tombstone) turns in his best performance in a long time as long-term prisoner John Smith, who at first seems a nasty piece of work. The reason for Smith’s conviction and behaviour is eventually revealed in one of the film’s most emotional scenes.

Can Porter overcome the odds and serve his time or will the violence he has become part of consume him and alienate his family?

Made in 2008, Felon is a tense, violent, exciting, emotional and very well acted little known gem of a movie. Catch it as soon as you can.

With his parents out of town for the weekend high school nerd Thomas decides (with the help of his two friends) to have a birthday party. The trio see this as the perfect opportunity to boost their popularity but things soon spiral out of control.

When the party kicks off this black comedy has many scenes of drink and drug induced debauchery. The stunts involving the family’s pet dog are particularly distasteful but thankfully they stop short of being offensive.

This is short on laughs until the totally over the top finale but manages to remain entertaining throughout as the three losers strive to attain reverence and get the girls.