This was originally just a spoof trailer that played with the Grindhouse films but Robert Rodriguez liked the idea so much that he decided to actually make the movie.
The result is a glorious homage to the type of straight to video action film that I grew up on.
Machete (Danny Trejo) is an ex-federale working as a labourer in Texas. When he is hired by a slimy political aide (a show stealing Jeff Fahey) to assassinate local bigwig McLaughlin (a wonderfully hammy Robert DeNiro) he becomes a target as the whole thing was a set up. The man behind it all is Machete's old enemy Torrez (Steven Seagal) and our hero must evade cops, criminals and hitmen to clear his name and get revenge.
Rodriguez has managed to make this work. I didn't see the Grindhouse films but they didn't do too well, this deserves to do better. It's a deliciously over the top violent escapade, the likes of which we haven't seen much of recently (although The Expendables springs to mind). Even the cheesy 70's style effects work as they add some humour to the gore. Also the fact that no woman can resist Machete evokes memories of films starring the likes of Wings Hauser and Mark Gregory.
All the cast seem to be having a good time and that comes through on screen and it was especially cool to see action warhorses Trejo and Seagal tear up the screen in the finale which also contains some nice comedy moments.
Highly recommended to anyone who likes a good old fashioned action film and can appreciate the style in which it was made.
Ric's Rating: 82%
7 comments:
Email ThisBlogThis!Share to TwitterShare to FacebookShare to Pinterest
Labels: 2010 contender, action, cinema, steven seagal

Ric Recommends:The King of Kong: A Fistful Of Quarters

A documentary movie about two guys competing for the world record on an 80's video game just shouldn't be this good but you will be captivated as Steve Wiebe challenges 20 year record holder Billy Mitchell and begins an intense rivalry that continues to this day.

The game in question is Donkey Kong, one of the most difficult games to master from the golden era of the arcades.

Any child of the 1980's (especially any that spent time in arcades playing the likes of Space Invaders and Galaga) will love it but it comes highly recommended to anyone who enjoys a real life drama, albeit one that features some very eccentric individuals.

Legend Press have provided me with a copy of Ashes by Matthew Crow for review.
It sounds like it'll be up my street:
A lawless land of violence and deprivation, The Meadow Well Estate is a no-go area for police and non-residents alike and a hotbed of ritual violence. No-one dares enter of their own accord, and few make it out alive. But Jack was one of the good ones. Recently released from prison, he is determined to turn his life completely around: by getting out.
When, however, rumours spark of the police's involvement in the death of two young joy riders,the anxieties of the estate flare into a week-long riot, causing burnt out wrecks at every turn and capturing the attention of the local and national media. Can Jack resist the call of the indiscriminate fury, or will the desperation of Meadow Well claim him once more?
Check back soon for a full review but in the meantime check the Legend Press website http://www.legendpress.co.uk/ for more info.
No comments:
Email ThisBlogThis!Share to TwitterShare to FacebookShare to Pinterest
Labels: legend press, matthew crow, preview 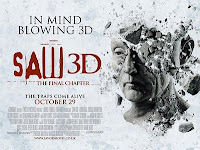 The hook here is that this is a tv series based around the typical horror film premise of a handful of survivors battling against huge numbers of shuffling zombies.

Sceptical? Me too but I was sufficiently impressed to make a point of catching episode 2.

There was nothing new here (is there ever?) and most of the pilot episode felt like the opening scenes of 28 Days Later with Andrew Lincoln replacing Cillian Murphy as the man who wakes up in hospital to an entirely new world.

Lincoln himself is pretty impressive and his American accent is spot-on. The rest of the cast (including Prison Break's Sarah Wayne Callies) didn't have much to do but are sure to feature more as Lincoln's character searches for his family while fighting off the brain-munching masses.

The effects here are as good as and even better than some zombie movies but with Frank "The Shawshank Redemption" Darabont on board I expected a bit more. Hopefully it'll pick up.

who was murdered at age 11 by notorious child killer Arnold Avery.

Billy's body was never found so Steven concludes that if he manages to bring Billy home his depressing and tense family will be happy again so he decides to ask for Arnold Avery's help.

Bauer breathes fresh air into the crime genre with this remarkable tale. Steven's relationship with his family and his adolescent perspective take you on a dark journey that you cannot predict.

This fine novel has excellent characters interacting in a very atmospheric setting and makes for a stunning debut.

I can't wait to see what Belinda Bauer does next, it's easy to see why this book won the CWA Gold Dagger, fantastic.

This French action film stars Cyril Rafaelli (Die Hard 4) and David Belle as cop and criminal who team up to track down a nuclear bomb. Featuring some amazing free running and action scenes this film has been imitated many times, notably by Casino Royale's opening scene but nothing comes close. The theme is pretty close to the John Carpenter classic Escape From New York but that kind of imitation I can live with.