This Polish film may be marketed as an all-out action War film but it’s really the tale of newlyweds Ola and Jan and the effect war has on them and their relationship.

Jan goes off to fight against the invading Russians while Ola attempts to keep her job as a nightclub singer.

As we might expect each has a different set of circumstances to deal with. Jan finds himself amongst the enemy and must use his intelligence to survive and Ola quickly has to fend off the advances of an amorous old colonel.

Although the production is a bit rough round the edges this is an enjoyable film that throws in some nice touches of humour amongst the tragedy.

Are Ola and Jan reunited?

Catch Battle Of Warsaw on DVD in the UK now to find out.

This documentary feature covers the life and work of renowned photo-journalist Don McCullin.

It charts his escape from a poor violent upbringing and explores his coverage of many wars including those in Vietnam, Cyprus and Congo.

McCullin himself contributes greatly to the film and attempts to explain how he coped with documenting some horrendous scenes of inhumanity while retaining his own sanity and surviving some very precarious situations.

I hadn’t heard of the man prior to watching this but he is a very interesting and articulate guy. The story is peppered with images taken by McCullin, some of which are very powerful indeed.

This documentary will appeal to those interested in how conflicts are covered in the media and also how the politics of newspapers in Great Britain have developed.

McCullin is available on in the now.

While coping with numerous issues at the school Henry also has to deal with the failing health of his elderly Grand-father and the welfare of young hooker Erica who he befriends during many late night bus rides.

This story has been done many times before (Dangerous Minds, The Principal) but Brody’s performance along with that of the rest of the cast, which includes James Caan, Christina Hendricks and Lucy Liu, elevate this from the pack.

Detachment is a powerful and emotional film but the constant down-at-heel feeling could have been helped by some lighter moments.  The overall mood created is one of despair and I can’t help thinking that it needn’t have been quite so vivid.

Detachment is available everywhere on DVD and is currently showing on Sky Movies in the UK.

Book: Birthdays For The Dead by Stuart MacBride

Detective Ash Henderson has a secret. Everyone thinks his daughter ran away years ago but he knows different, because he has the pictures. Ash’s daughter was taken by the notorious serial killer known as The Birthday Boy but he can’t tell anyone or he’ll be taken off the case.

When victims are found Ash must work with the eccentric psychologist Dr MacDonald as she attempts to build a profile of the man they are tracking down.

In this novel Stuart MacBride takes a break from his successful Logan McRae series but manages to retain his trademark humour amongst some very grisly goings on.

As well as finding the killer Ash has the local gangsters to contend with but as a former bare-knuckle fighter he’s not one to back down from a confrontation. This set-up makes for some fantastic scenes. Mr Pain paying Ash a visit and a fabricated lead which ends in big trouble provide added drama to an already enthralling tale.

Some parts of the story’s climax are pretty predictable but that doesn’t detract from what is another superior crime fiction book from one of ’s top authors.

Film: Welcome To The Punch

James McAvoy (Wanted) plays a cop obsessed with capturing the elusive criminal (Mark Strong) who wounded him during a pursuit.

The film begins with the aforementioned pursuit and then resumes three years later. McAvoy is plodding along with his career but his interest is rekindled when the son of his old adversary turns up dead.

This big budget British action film looks great but unfortunately the story is muddled and incomplete. There is no background to either main character and the eventual outcome can be easily guessed by the casting of David Morrissey (The Walking Dead).

Leo and Elvis are specialised cleaners, they clean crime scenes and houses where the dead have lain for quite some time. While cleaning a remote cabin they make a startling discovery, one of the occupants is still very much alive.

Meet Thale, a beautiful young woman who has apparently been kept captive in the cabin. It soon emerges that Thale isn’t exactly a typical 20-something. She can sense illness and impart her memories through touch. As the guys wait for help to arrive others begin to sense Thale’s presence.

The film mostly takes place in the cabin and relies heavily on the performances of the three main actors. Thankfully they are up to the job and we are treated to a tense and creepy film that even manages to handle the weirdness on display very well indeed.

Thale isn’t quite as good as Troll Hunter but it isn’t far off it and will appeal greatly to fans of that film. 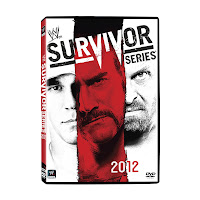 Based on a story by bestselling author Jo Nesbo this Norwegian film starts with a Tarantino-esque shoot-out in a strip-club. The story of four co-workers winning a mega-money jackpot on football betting is then gradually revealed.

Oscar runs a factory that employs ex-offenders and he reluctantly agrees to join a betting syndicate with three of the workers. When their results come up it isn’t long before greed, rivalry and some long-forgotten grudges begin to influence the behaviour of the group.

The result is a violent and often hilarious film that keeps the viewer guessing how things will turn out.

Jackpot is available on DVD in the UK now.