Blood Tears, the debut crime novel from award winning poet, book reviewer, brilliant blogger and fellow Scotsman Michael Malone is published in June 2012 by Five Leaves Publications.
Here is the lowdown on what’s in store for crime fiction fans:
A body is discovered: the terrible mutilations spell out the wounds of the Stigmata.
For Glasgow Detective Inspector Ray McBain the killings are strangely familiar......and then the dreams begin.
Blood Tears is the first in a series of books featuring Ray McBain, a detective who has too many friends in the underworld for his own good, but enough to support him when he is forced to go on the run.
June 2012 seems a long way off but Michael has kindly provided me with an advance copy so check back soon for a full review.
Please visit the author’s blog, May Contain Nuts for more information on the book and loads of other cool stuff.
5 comments:
Email ThisBlogThis!Share to TwitterShare to FacebookShare to Pinterest
Labels: crime fiction, michael malone, preview 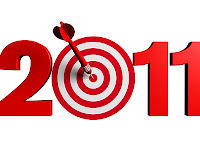 These are the films that I’ve enjoyed most over the past 12 months. All of them were “on target” in 2011.

The Next Three Days
Russell Crowe hatches a plan to help his wife escape from prison in this excellent re-make of the French film Anything For Her. Going into this one I didn’t know anything about it or that it was a re-make. This worked greatly in the film’s favour as I didn’t know how things were going to turn out.

Let me In
Another re-make and again I haven’t seen the original. This tale of a child-like urban vampire manages to be the rarest of films, a great horror.


Cell 211
A rookie prison guard finds himself locked in with the inmates during a riot in this brilliant Spanish drama. Can he keep his true identity hidden? Ferocious film with cool performances.

Mother’s Day
Rebecca DeMornay is amazing as the Matriarch of a violent family in this excellent home invasion film from director of Saw sequels Darren Lynn Boussman.

Horrible Bosses
What do you do when your boss is a tyrant? Three hapless friends conspire to bump theirs off in this surprisingly good comedy featuring fine performances from Colin Farrell and Jennifer Aniston.

Thor
The God Of Thunder finally arrived on the big screen and director Kenneth Branagh delivered a film packed with action, effects and …….laughs! Excellent precursor to the upcoming Avengers film.

Rio Breaks
This emotional documentary follows two young boys as they attempt to escape a life in the slums of Brazil through professional surfing.

Warrior
At last, a decent MMA (mixed martial arts) film. An estranged family bring all their problems into the octagon in this modern day Rocky with great performances from Nick Nolte, Joel Edgerton and Tom Hardy.

When a group of travellers are pulled over by cops for a seemingly routine check they soon discover that these guys aren’t cops and this is anything but ordinary.

It soon emerges that one of the captors is a veteran soldier who spent time working with detainees at the notorious Guantanamo Bay.

A tense opening half hour soon becomes a plodding unpleasant affair with few redeeming features. A cool P.I turning up to get to the bottom of the group’s disappearance provides little relief from the gloom.

Film: Faces In The Crowd

Anna Marchant (Milla Jovovich) survives an encounter with the notorious serial killer Tearjerk Jack but the incident leaves her suffering from Prosopagnosia aka “face blindness”.

Unable to recognise her attacker Anna makes for a bad witness, much to the chagrin of cop Sam Kerrest (Julian McMahon) but even more troubling is the fact that she cannot recognise her friends, her partner or even her own reflection.

This begins very promisingly with Jovovich performing admirably as the nervy victim. Sarah Wayne Callies (Prison Break, The Walking Dead) also puts in an appearance but it’s all too brief as the actress playing her part frequently changes in order to illustrate the face blindness. This happens with all the characters, the notable exception being McMahon and the reason for this is explained, rather shoddily, towards the films finale.

What could have been an excellent serial killer film turns out to be a cheesy and predictable effort that’s mediocre at best, although it’s nice to see Jovovich in something other than a Resident Evil film.

Faces In The Crowd is released on DVD in the UK on January 9th 2012.
Ric’s Rating: 58%
3 comments:
Email ThisBlogThis!Share to TwitterShare to FacebookShare to Pinterest
Labels: advance review, DVD, metrodome

The discovery of a corpse leads Michael Doyle into the murky world of corporate takeover in the debut thriller from John.W.Mefford.

It emerges that the victim was known to Doyle and he is compelled to bolster a flagging police investigation, unaware that he is upsetting some very powerful people.

Whilst caught up in this personal crusade Doyle’s professional life is also thrown into turmoil as his company is swallowed up by an Indian firm known for their ruthless drive for profits.

Starting off like a romance novel this takes some time to get going and often gets caught up in the details of corporate shenanigans. Only when the true nature of events is revealed does it become a compelling tale.

It has murder, revenge, corruption, bribery and scandal although I can’t help feeling that Doyle’s girlfriend should have had a past so much more complicated than the one delivered. Their relationship would have been much more interesting if tested more severely.

This is the first in a planned series for Mefford’s recurring character and it’ll be interesting to see what’s next for the budding investigative journalist but hopefully the next instalment will tone down the sickly sweet romance and crank up the action. 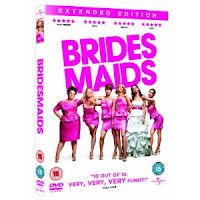 Film: The Flight Before Christmas

When impetuous young reindeer Niko unwittingly leads wolves to his herd he decides they would be better off without him so he sets off on a quest to find his Father, one of Santa’s famous flying reindeer.
Along the way he is joined by Julius the flying squirrel and Wilma the weasel, together they embark on the seemingly impossible journey to Santa’s Fell, but the wolves are close behind.
This beautifully animated film is a festive treat for both kids and adults. It has charming characters and nice moments of humour but the trio’s journey isn’t without peril.
The Flight Before Christmas is an ideal movie to enjoy with the kids as we approach the festivities, it’s available on DVD in the UK now courtesy of Metrodome.