This time out Campbell takes on the case of a missing girl in St. Andrews, a Scottish town famous for its University and golf course which attracts visitors from all over.

The girl in question is a farm worker from Poland who came to Scotland so that she could help support the family back home. Her disappearance is reported by a fellow worker who is gravely concerned.

The investigation leads Campbell from the migrant worker community to the student body of the town and then into the world of escorts and prostitution.

Throw in a brilliant sub-plot with Craig’s feisty Mother looking into the discovery of a dead baby and you have all the ingredients of an excellent thriller that manages to retain a light-hearted tone thanks to Campbell’s humorous outlook.

Before picking this up I’d recommend reading the first in the series as there are several references to past events. In any case I always find that any book in a series is more enjoyable if you know the characters history.

The Good Girl is another brilliant example of the current Scottish crime fiction scene.

A virus outbreak that turns people into vicious killers quickly traverses the globe and in order to ensure that his family is protected former United Nations representative Gerry Lane (Brad Pitt) must return to the field and search for the origin of the virus.

World War Z immediately throws the viewer into the heart of the action as a seemingly ordinary day descends into a fight for survival for the Lane family.

Following the explosive opening sequence (partly filmed in my home city of Glasgow) we are off on a round-the-world trip with Lane as he looks for clues to explain what the virus is and how it can be combated.

It seems that reports of re-shoots, re-edits, arguments and studio interference may have put people of this unnecessarily. Regardless of how the movie came to be in its finished state there is no doubt that this is the best zombie film since the brilliant 28 Days Later.

The undead featured here are like a pack of hungry wolves and even move like them on occasion. Pitt is as charismatic as ever as the determined investigator and the supporting cast (including The Killing’s Marielle Enos) all perform well, even the zombies!

World War Z is an action-fest with cool zombies and a bona-fide superstar getting right in the middle of it. What more could you ask for? A bit more emotion maybe.

Check it out in cinemas now.

Three teenagers trawl the internet for the elusive Movie 43 and in the process discover a plethora of weird videos.

The film takes place entirely in the boys bedroom with all the videos featured being viewed on-line. The sketches include Kate Winslet and Hugh Jackman on a blind date, a young couple attempting to share a “special” moment and and Stephen Merchant playing a game of Truth or Dare that knows no bounds.

Despite boasting a star-studded cast this was universally panned on its release and it’s easy to see why. Most of the jokes are either in bad taste or very offensive but what has to be pointed out is…….some of them are funny.

I won’t spoil what the sketches are about but the word “gross” just doesn't seem to cut it here. There were quite a few times when I was either uncomfortable or about to switch off but then something pretty funny would happen to ease the tension.

Movie 43 is definitely not for everyone but if you can imagine some of the funny but borderline sick videos available on-line then you should be able to handle it.

Available on and Blu-ray now. 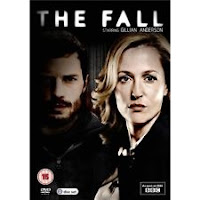 A British tv crew head to remote Russia to explore the place where 32 bodies were discovered.

A renowned psychic (Dervla Kirwan) is part of the crew and she soon begins to see visions of the dead who lead her and the team to an abandoned building.

Needless to say this was the scene of some pretty horrific crimes and some strange forces still linger.

Fans of Paranormal Activity may enjoy Entity but if, like me, you are tired of the whole found footage / shaky camera genre then any interest in this will quickly evaporate. 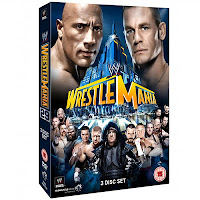 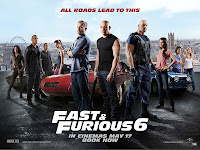