DI Jack Caffrey investigates the bizarre goings on at a local Mental Hospital while also attempting to find closure for the troubled Mother of a missing young woman in the latest thriller from Mo Hayder.

Some years ago I read Hayder’s fantastic debut book, Birdman, which was closely followed by The Treatment. Those books lived long in the memory as they effortlessly combined a surreal feeling of horror with repulsion at the criminal acts described within their pages. The books also introduced the character of Jack Caffrey, a police officer haunted by the disappearance of his Brother when they were both children.

Much to my surprise Hayder’s next novel did not feature Caffrey, and neither did the next. Cafferey eventually reappeared in 2008’s Ritual but I hadn’t got round to catching up with him….until now.

Having long left events of the first two books behind we join Caffrey in Bristol, where reports of strange sightings of a figure known as The Maude followed by some particularly nasty incidents bring a concerned Mental Health Nurse to his office.

Can Caffrey get to the bottom of the mysterious sightings and will colleague Flea Marley tell him what happened to that missing girl?

Having read this sixth instalment of the Jack Caffrey series I now can’t wait to get my hands on the ones I missed. The author yet again manages to create a truly eerie atmosphere, the type of which is usually only found in quality horror novels, and combine it with fascinatingly macabre crime scenes. Throw in an interesting and complex cast of characters and you have a novel that will appeal to both crime and horror fans despite having a rather predictable twist. 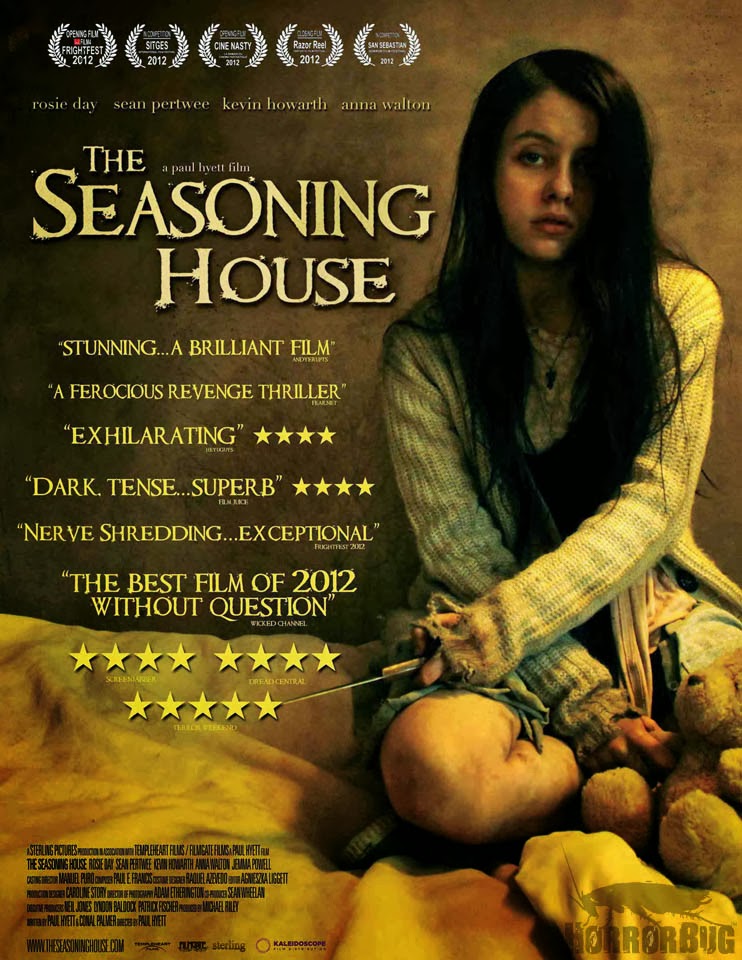 During the Balkans war of the early-mid nineties a young deaf / mute girl is taken from her home and after witnessing the murder of her Mother she is moved on to a house used for prostitution.

Evil pimp Victor is attracted to her silence and decided to appoint her special duties which include administering drugs to the other girls, general housekeeping and of course being available for Victor whenever he wishes.

Things change when another of the girls begins to communicate through sign language and the soldiers who killed her Mother turn up.

A violent quest for revenge follows which features some particularly vicious scenes.

The Seasoning House adequately presents the feeling of hopelessness and defeat that the captured girls feel as well as the brutality of both their customers and their benefactor but despite the almost overwhelming gloom this remains compulsive viewing.

Fans of Hostel and Saw will enjoy.

Book: The Survivor by Sean Slater

It’s Detective Jacob Striker’s first day back on the job following stress leave and what a day it turns out to be. He gets called into the office of his Daughter’s school to discuss her absenteeism and while he’s there a massacre takes place. For the first time ever Striker is glad his daughter has skipped school! After the shoot-out Striker and his partner peruse a fleeing gunman but do not manage to capture him.

After starting with a literal bang this cop v killer tale descends into an onslaught of clichés. The author seems to have taken elements from all the police procedurals he’s read and tried to include them here.

We have the depressed rebellious cop who only takes shit from his equally rebellious daughter and one of the things she rebels against is his affair with his partner!

The Survivor had plenty of promise and I usually don’t mind stereotypical characters but I just didn’t like this main character enough to see past it all. 100 odd pages were enough.